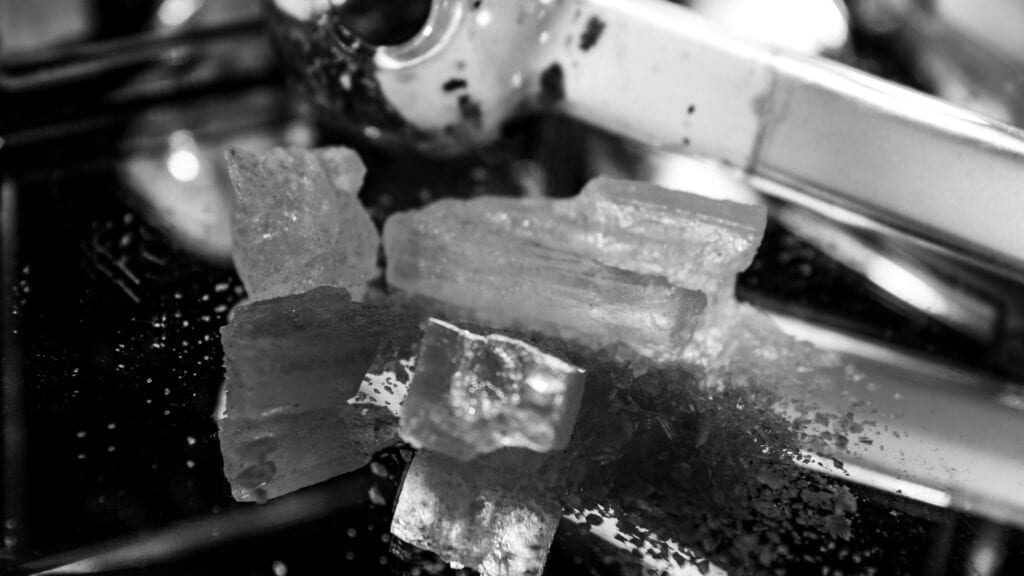 Methamphetamine is a stimulant drug usually used as a white, bitter-tasting powder or a pill. Crystal methamphetamine is a form of the drug that looks like glass fragments or shiny, bluish-white rocks. Meth is used both legally and illegally. When used legally, meth, under the brand name Desoxyn, is prescribed for patients with severe attention deficit disorder, obesity, and narcolepsy.  Desoxyn is used to produce medications like Adderall or Ritalin. Unfortunately, however, meth is most commonly used illicitly and is usually abused by snorting, smoking, injecting, or through oral methods. While many people may try meth out of curiosity or to seek the euphoric high it produces, the repercussions of trying this drug are severe and extremely dangerous for the user. Some of the deadly effects of meth include: Permanent damage to blood vessels of the heart and brain

Using Methamphetamines can lead to the following effects:

Because meth creates a false sense of well-being and energy, someone who uses meth will typically push their body beyond its limits. This causes the user to have a severe “crash” or a physical or mental breakdown when not taking the drug. Therefore, tolerance to the drug builds over time and the user, in order to avoid unpleasant withdrawal symptoms or as a result of dependence on the drug, is kept in a vicious cycle of abusing the drug to avoid these side-effects. Because meth is extremely addictive, it is best to seek treatment immediately, even if the user is just starting to use the drug. The sooner one seeks treatment, the better chance they have of preventing any detrimental damage to their body and health.