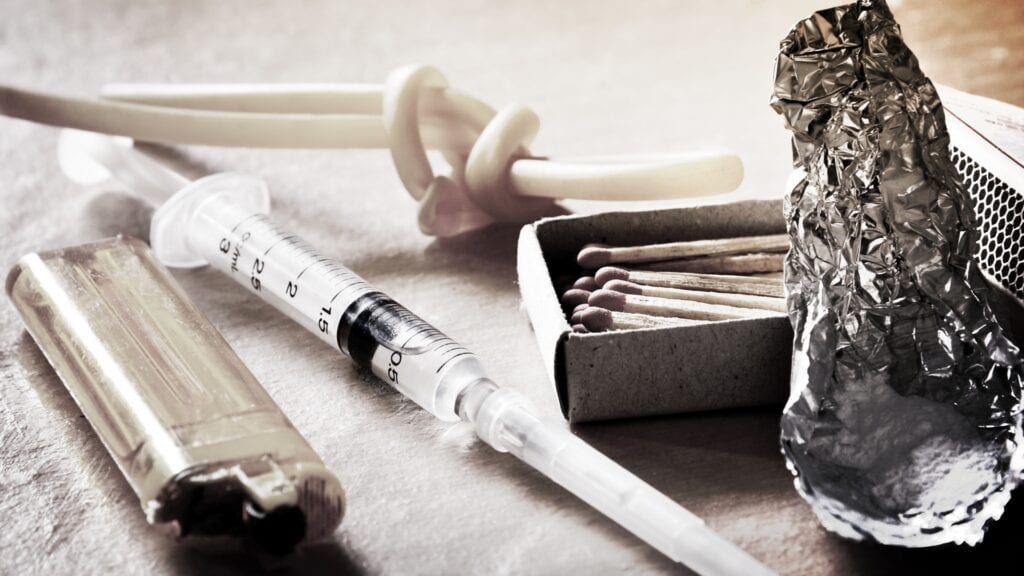 Heroin is an opioid made from morphine. It is commonly injected, snorted, or smoked.

Heroin enters the brain rapidly, attaching to opioid receptors on cells, particularly those involved in feelings of pain or pleasure, heart rate, sleeping, and breathing. As such, it only takes a matter of minutes after using heroin that changes in the brain and body are felt and addiction is likely to follow. In fact, it is estimated that one out of four people who use heroin will become dependent on it.

When a person continues to use heroin, despite its dangers, they are at risk for much more severe health consequences. If the user continues using heroin despite suffering adverse health side-effects, such as following, then seeking drug rehab will be beneficial to the user:
• Insomnia
• Collapsed vein for people injecting the drug
• Lung complications
• Pneumonia
• Damaged tissue inside the nose for people who snort or sniff the drug
• Liver and kidney disease
• Infection of the heart lining and valves
• Abscesses (swollen tissue filled with pus)
• Sexual dysfunction for men
• Irregular menstrual cycles for women
• Mental disorders like depression and antisocial personality disorder
Because heroin can be costly and hard to get, many users may turn to stealing from others in order to acquire more drugs. As such, stealing for more heroin or drug dealing in order to make extra money may expose the user to legal troubles. Furthermore, heroin use exposes a person to a wide spectrum of mental and physical challenges. People who use heroin report feeling a euphoric “high” or “rush” after taking the drug. Other common short-term effects may include: