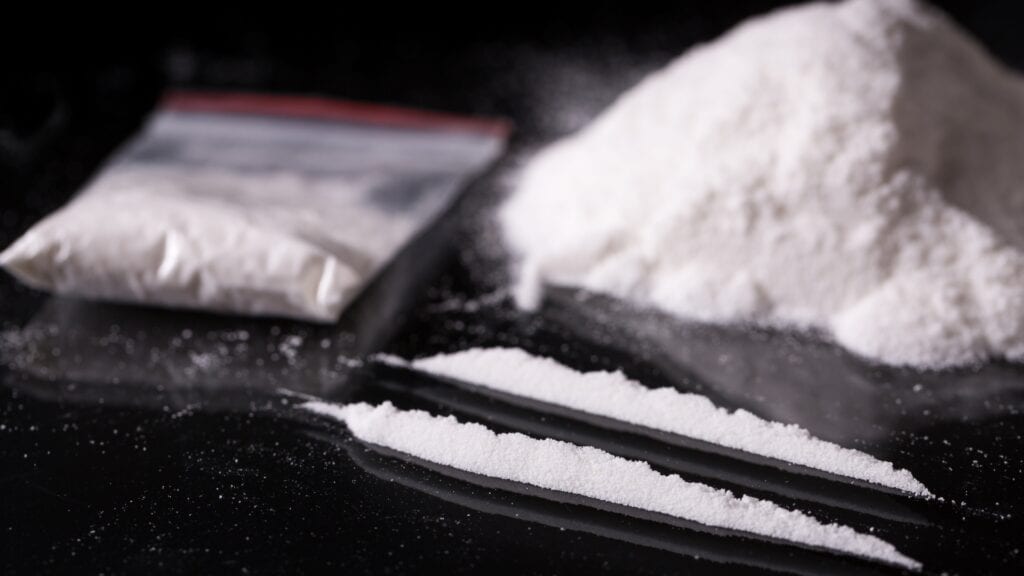 Cocaine (aka coke, blow, crack, or coke) is a strong stimulant mostly used as a recreational drug with a very high addiction potential. It is commonly snorted, rubbed on gums, or dissolved in water and injected into the veins.

Cocaine increased the availability of the neurotransmitter dopamine in the brain which in turn produces the “euphoric” feeling, processing reward cues, and regulation of movement. When used dopamine is prevented to reenter the nerve.  This causes large amounts to build up causing adjustment to the reward center focused on cocaine.  The brain eventually adapts but now has a tolerance, so more cocaine is needed and the vicious cycle continues. The new tolerance increases the chances that the user will have more difficulty sustaining from using the drug.